Kickstarter: City of the Lich 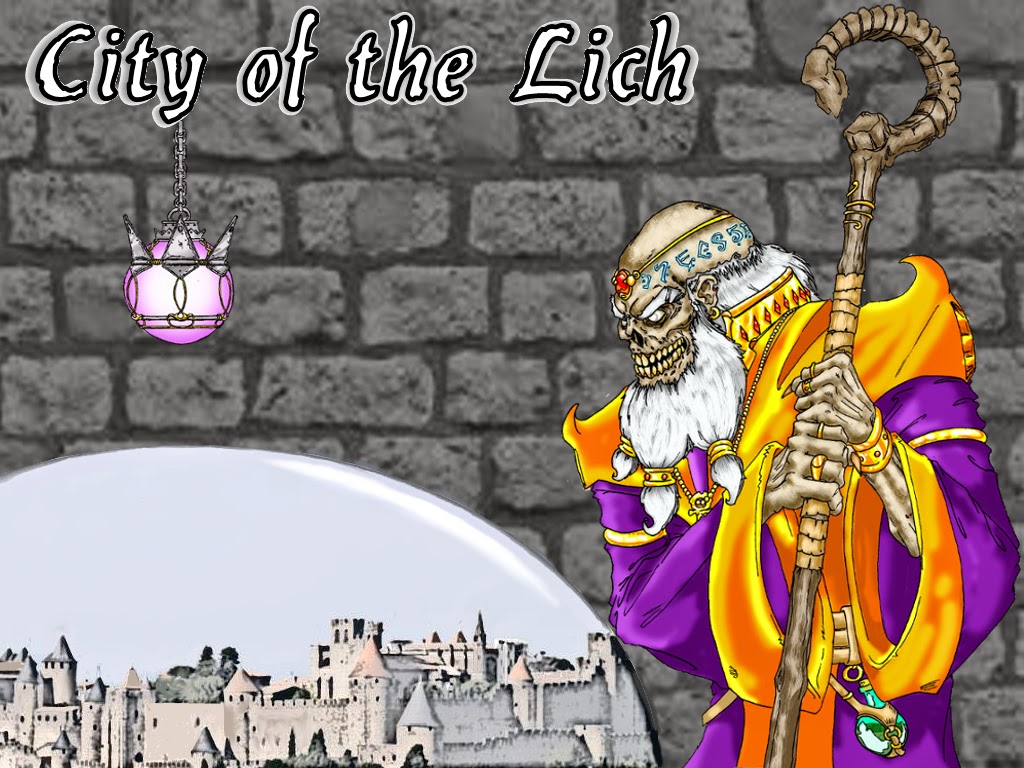 Second Thought Games has their third Kickstart project up and live now.  It's about at the half way point time wise and is about 75% funded.  So lets hit up on some of the details that have been revealed.

Find the City of the Lich Kickstarter page here.

First off I asked about the map.  After looking at the provided link to the person who they have hired to create it and their samples I was impressed.  So I enquired if they were going to be doing a full poster sized map as was done with Ryubix Manor.  The answer was no, but they were going to do something better.

" City of the Lich will be printed in the style of the OSR modules of yore: The cover will not be attached to the manuscript, allowing the GM uninterrupted access to the City Map printed on the inside left cover. The inside right cover includes the Location Key, names of all Clans, Clan Elders, and Random City Encounter Tables. Stand it up and use it as a impromptu GM Screen! The map inside the cover will be in full color, while a b/w Player's Copy is included in the manuscript (without location key, of course) to be laid on the table. "

Ah sweet some old school goodness in the style.  Afterwards somebody asked if the image will be provided to backers so they could have it printed out poster sized if hey wanted.  Their answer, again, was one that we wanted to hear as backers.

"Sure! We'll provide a link to an .eps image of the City Map to all digital/physical backers at fulfillment. My wife (the technical half of STG) tells me an .eps image can be blown up without losing definition."

Second they have been providing images of some of the work being done by their artists. This has been shown in the updates section.  Allowing you to get a good idea with the over all 'look' the book is going for.

Hopefully for a project with a low funded amount, that is already fully written and is from some folks who have a track record for getting their electronic rewards out on time and the physical rewards only slightly behind, they can get a full funding on this.  With only one stretch goal to reach as well, they should do well.

You can find their previous books available in pdf at the usual places.

You can also find them in print at the Second Thought website.

Posted by PeterAmthor at 1:00 PM