Roll a D20. This potion has gone bad what is the side affect?

Posted by PeterAmthor at 6:05 PM No comments:

Recently there was a big blowout online about some Magic the Gathering players harassing and causing other players to leave.  Typically it was a bunch of guys saying various things about female players.  Evidently it was enough of a blow up that Wizards actually stepped forward and issued some DCI bans on those guys involved.

Now of course those who have been banned have a fan following.  Now those fans are up in arms and bitching about what happened.  I've never seen a bigger bunch of whiny babies in all my life... well except some GamerGate folks when somebody wrote a review they didn't like.  But these folks are really pushing for the number one spot of 'Dumbass of the Internet'.  So many claiming they are leaving Magic as well and have already sold off their stuff. Yeah right.  Those card board crack addicts aren't giving up anything.

They are even going around spreading lies and bad reviews for game shops who back WotC's decision.

Damn people at least try to act like you have some sort of spine.  Not happy with the rulings, fine, make a well written and straight forward argument for reversal and go out and get support for that.  But they won't they just try to string five words together just long enough to call it a sentence and then gnash and curse all day long.

Not that I have anything against somebody brightening up their fucking dialogue with something colorful.  But damn, these losers come across like grade school kids trying to look cool for somebody who is a few grades above them.

Fuck all.  These guys remind me of some of the reason I stopped playing Magic myself years back.  Now if Wizards is kicking these jackasses to the side and moving on without them... hell I may have to get back into the game beyond the once a month casual level.

Posted by PeterAmthor at 9:37 PM No comments: 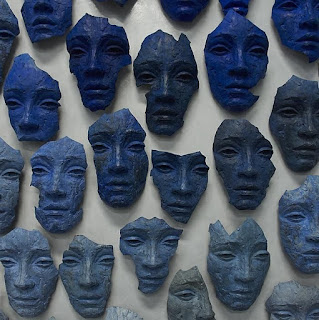 Sometimes a mask is more than a mask.  Roll a twenty sider and give a mask a special ability that is occasionally a bit outside of the norm of most magical items.  Presented system free so charges, uses, etc are not listed.

Posted by PeterAmthor at 11:20 AM No comments:

Labels: gaming, my setting, my stuff

Sometimes you just anger the wrong witch or pick up the worst item.  It's time to roll a D20 to see what kind of nasty ass curse you just came down with.  These aren't for the faint of heart.