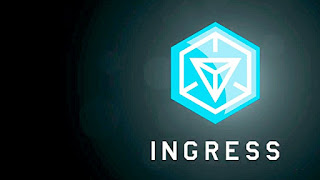 Ingress.  The first altered reality game put out by Niantic and much of it's development set the stage for the Pokémon game that came later on.  But it's been out for years now and is it worth the time for new players to join in on it?

Well my experience in giving it a try simply comes up to this.  No, it's not.

Quick basics.  Various landmarks and places show up as Portals.  Players drop Resonators on said portals to take control of them.  Then link portals together in triangles to form fields.  Lines cannot cross another line or be set up inside of another field.  There are two sides in the fight each trying to gain more than the opposing factions.  Oh you can also hack a portal to get gear... most of which all leads to getting more portals and created more lines and fields.

New players are ants to the guys who have been around a while.  You can be working along trying to learn you first bits about how the game works, setting up a few portals and making a few links.  Then suddenly somebody will come through and wipe everything out leaving behind their gear that you can't even put a dent into.  That or they will cover huge swathes of area with a field so nobody else inside that field can link create their own fields.  Your own higher level faction members will make these huge fields right over the top of you.  So there really is no 'team' at all.  Thus removing the ability to play what everything in the game leads up to.  So you can easily get screwed over by the people you think are on your side.

So, if you've been playing for years, have lots of time to go hour long treks and the money to pay for gas for those treks.  Then maybe it's the game for you.  Otherwise you could turn the game on and suddenly discover that you will have to hop into your car and travel for a half hour or more JUST to do something more than the basics of taking a portal.

I've tried it for a week.  People who I am supposed to be on the same side as came through and drowned out many surrounding small towns, including the one I'm in, under one big field.  I don't have the time, money to put in the gas tank or patience for this.

The sad part it was actually a bit of fun up until this point.  But damned if doesn't suck every drop of enjoyment out when all you can do is hack and drop resonators.  I mean I could attack something, but everything is either on the same 'side' as I am or several levels above me.  That and having people tell me the solution is to just go hack a lot and level up the slow way is laughable.  I mean really they want me to do the MMORPG grind in real life.  Sorry I'll go play a Korean grinder fantasy game at home without spending gas money if I wanted to do that. 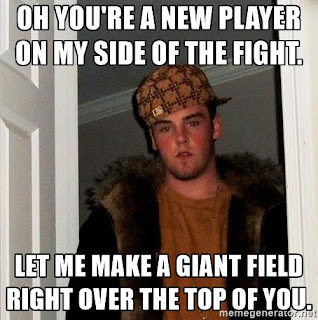 Posted by PeterAmthor at 4:54 PM 3 comments:


Posted by PeterAmthor at 5:35 PM No comments: