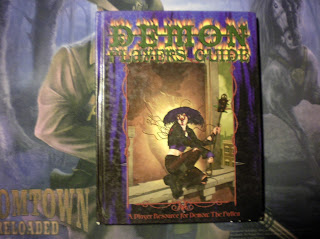 Demon Players Guide
Condition is used with some rough around the edges on the cover on the bottom corners.  All pages are intact.

Cost: $25 plus cost of shipping
Contact for questions or purchase: peteramthor@gmail.com

Picked this up and I'm passing it along to anyone who has a use for it.  Heard some good things about Demon from White Wolf (and honestly some bad things as well).  Was surprised to see that the books for the game are in relatively short supply as the print runs weren't that high. 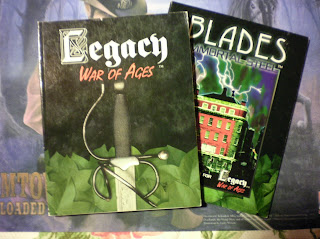 Legacy War of Ages and the Blades Immortal Steel supplement.
Condition is used but all in all pretty good shape, no major damage and all holding together.

Cost: $15 plus the cost of shipping.
Contact for questions or purchase: peteramthor@gmail.com

From Black Gate Publishing.  Picked these up years ago when a friend was running a campaign.  We had lots of fun with it.  Basically it's like Highlander with the serial numbers scratched off. 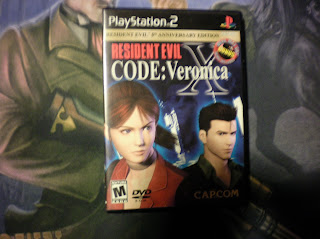 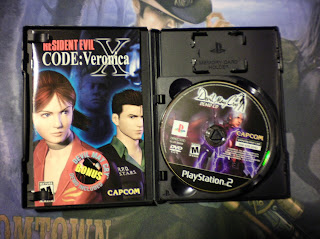 Resident Evil  Code Veronica X for PlayStation 2.
Condition is like new, discs are free of scratches, booklet is near perfect, both discs (the game and Devil May Cry demo) are perfect.

Cost: $10 plus the cost of shipping.
Contact for questions or purchase: peteramthor@gmail.com

Not much of a video game player anymore.  Used to be a big fan of the Resident Evil games.  Now I need to move them on to someone who may enjoy them more than me.


Find more stuff I have up for sale (mostly roleplaying games) by checking out the 'game sales' label at the bottom of this post.
Posted by PeterAmthor at 8:16 PM No comments:

Well I've finally went and done it.  Managed to get my hands on a scanner, scanned in some of my old artwork and sat up a seller account on Drivethrurpg.  So now I will be adding hopefully about two pictures a week up for sale.  All the while I'll be working through a sketchbook as I try to shake the rust off and get to creating some new art to put up there as well.

You can find the Truly Rural Productions store on Drivethru right here.

Currently as I write this I only have six pieces of stock art up but I've got several scanned in ready to go over the next few weeks.  Not looking to strike it big but just hoping to add in a few extra bucks to my wallet from time to time.

Now I also need to find more time to put up a few more blog posts on here as well.  But at least I've got the Jaded Gamer Diaries down for a good while.

Posted by PeterAmthor at 8:23 PM No comments: 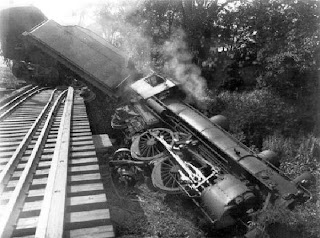 Let's tackle part 2 of how to run a convention like a dumbass brought to you by the fine folks at Archon. This time we'll talk about their first big show of disdain for the Facebook group in the fight over peacebonding and prop weapons.

Okay I can see the reasons for weapon policies and all that. Especially at conventions where there is quite a bit of drinking going on later in the night. But sometimes the people at the top let the control go to their head which trickles down to the people on the floor.

Things I've personally seen with my own eyes. Telling a person with a leg brace that he could have a walking cane. Going after people who were carrying around umbrellas even though it was raining outside and the con takes place in both a hotel and a con center in which you have to walk between the two. When brought up to staff they hand wave these things off and act like you are making this up. But then they get to walk around with whatever the fuck they want with no problem. They make the rules but never, NEVER, follow them themselves.

Eventually things started getting to a louder roar when they were peacebonding a toy ray gun (small pistol sized) that a child was carrying around. Made him strap it to his outfit so he couldn't hold it. Why? Because he MIGHT run into the art room unattended and he MIGHT damage something and the parents MIGHT not want to pay for it. Yes they basically came and accused the parents of being basically bad parents on this. Nothing was left to be held in the hand. Tried to make a guy in a full Ghostbusters uniform strap his working prop PKE meter into a little belt holster so he couldn't pull it out. Why? Because he may hit somebody with it. Yeah right whatever. Dicks.

Then suddenly ComiCon appeared on the horizon with them opening up a St. Louis date. Archon sat back unworried and said they'll have a promotional desk there. All was cool. Until all the cosplayers started talking on the group about their experience at ComiCon.

Peacebonding and prop weapon policies super lax compared to Archon. They could pull out their fake guns, swords, whatever and pose with them for pictures (at Archon that could get you kicked out because it's not peacebonded on you). The staff was mixed in with them, talking, taking pictures and enjoying the whole thing with them. Then came the big line that made Archon staff shit themselves a little.

A line that was joined in by many of the costuming folks. Tired of the constant harassment by the staff they finally had another option. Many also started asking about who they need to get into touch with to get a refund on their preorder passes. Oh shit, cosplayers were making up a good chunk of Archon attendees, and now they were talking about leaving.

Staff FINALLY paid attention. Pissed off over this all coming up on the group (though never acknowledging the fact that they never gave a damn before) they started to back peddle rapidly. Citing that they needed to talk with their insurance providers and a lawyer before making any official statement to soon.

Well the continued well of unsatisfied folks continued to press that they either wanted a refund or a policy change before the next con date. So finally the staff, gritting their teeth the whole way, caved in. Relaxing on the policy a lot in certain areas, especially during the day but not at night when there are a lot of drunks about. But they also added in the veiled threat that these rules would be enforced more strictly without much of a chance of appeal.

This was the first big blowup that spawned from the fan community for the con. All made possible by them all being in the same place to communicate with each other instantly and easily. But this change put a big chip on the shoulder of another group, some of whom decided to be complete assholes because of it. Security. But the big blow up over them and the second fight from the Facebook group that angered staff will be covered in a near future installment of Jaded Gamer Diary. Can't use everything all at once can I?
Posted by PeterAmthor at 2:00 PM No comments: