I must say this looks a lot better than I ever expected it to.  Hopefully the writing is solid along with the acting and the series catches on.  DC appears to be gaining a lot of traction in the television market nowdays.
Posted by PeterAmthor at 2:49 PM No comments:

Cost per page, out of print books.

Going over some games on Drivethrurpg again.  This time I'm looking at a few editions that are out of print, some have been for many years.  Decided to some price per page comparisons here and there on them and figured I would pass on what I came up with to other folks. 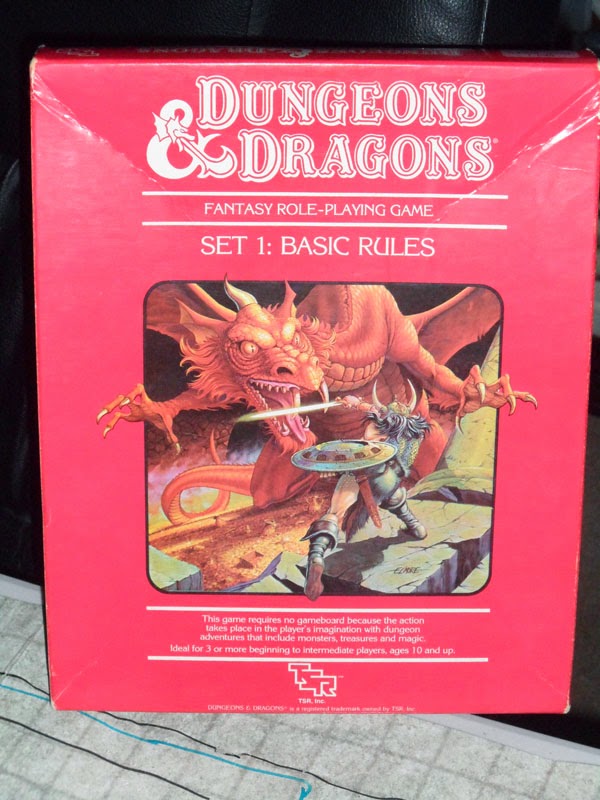 First off I looked up my favorite old out of print fantasy game.  Dungeons and Dragons, the old red box version.  I have it in hardcopy, of course, but thought about getting a pdf version as well just to have as a reference when I'm not near my books.  When I went looking I was surprised to find that the two books included in the 'red box' were listed as individuals, each with their own separate price.  Figured they would be together but I guess not.

For a combined amount of just a hair under 9 cents a page.  Seems like a pretty good deal right?  But I'm an experienced DM with this game, I don't need all the introductory stuff like how to run the game, what a DMs job is and all that.  So how about the combined edition off all the color coded boxed sets (and material from other places) that is known as the Rules Cyclopedia.

Now the price on it is $9.99 but it has a page count of 304 pages.  This gives us the bargain bin price of 3 cents per page.  A much better deal for those who just need the rules without all the extras. 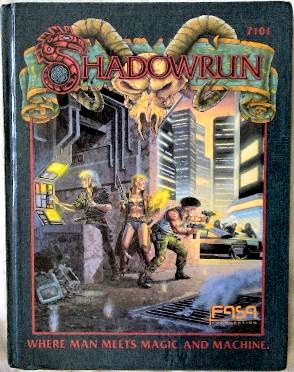 Next I decided to look at a game with several editions under it's belt.  Each of them with quite a bit of support released during their day.  Shadowrun the RPG of magic and cyberpunk.  Currently in it's fifth edition at the moment.  Lets look at the pricing of the older editions shall we?

This one will cost you $8.00 for 234 pages.  The math comes out to be right around 3 cents per page.  That's as good as a deal as the Rules Cyclopedia.  I see this as good pricing for a years out of print corebook, there is no art to pay for anymore, no extra costs that need covered.  Just giving the game to its fans on the cheap and making some money for it.

Second edition doesn't have a version available.  From a Shadowrun fan I've talked to that edition wasn't much different than the first one so I guess they decided not to offer it up.

$18.40 for 334 pages (had to look up page count of the physical copy since it's not listed in the description).  Page count and price jump from 1st here but the price per page goes up to 5 and half cents.  Newer version, charging a bit more, I can see that.

Here is where the pricing gets a bit odd if you ask me.  $15.00 for 376 pages. Why is that odd?  Well it's a hair under 4 cents per page making it cheaper than the 3rd edition.  Seems like the older would be cheaper to me.


What do I see from all of this?  Well it looks like the bigger the corebook the cheaper the cost per page is.  Of the big books the most expensive was 5 and half cents while the smaller core books of the red box were 8 and 10 cents per page.  Now this isn't always true as I've found some out of print core books that range up there as well.  But I'll save those for another post.

In the end, when looking to buy an older out of print game with several different editions or variations, always do the math first.  Try out the cheapest version that gives you the most for your pennies to see if it's what you want first.  Save a few bucks.

Posted by PeterAmthor at 8:07 AM No comments: