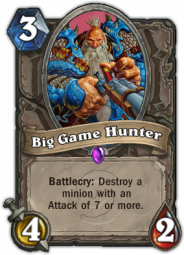 This is one of those cards that has saved my behind on a few occasions.  Or at least bought me an extra round or two until my demise.  So it's got a spot in several of my decks as fast solution to the other player dropping a big bad right when you don't need it.

The overall goal is to hold on to this guy until he's needed.  Don't be tempted to drop him down when his Battlecry is useless, even though he's a decent price for a 4/2.  Keep him in your hand for just the right moment to eliminate a large or pumped up minion that will be causing you much trouble the next round.

He's not a fit for every deck as some already have built in solutions for powerful minions in their class cards.  Although sometimes he may be better cost wise as he takes out the target and is still a 4/2 on your side of the table afterwards.

One good combo for this card is the Youthful Brewmaster.  Allowing you to pull the Big Game Hunter back into your hand for a second hit.  With their low mana costs you could drop him twice in a round and really knock the wind out of your opponents sails.  There are other cards that pull your minions back into your hand but not at this low of a cost. 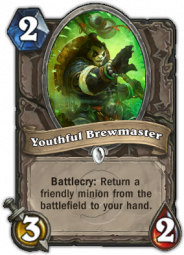 Posted by PeterAmthor at 1:48 PM No comments: 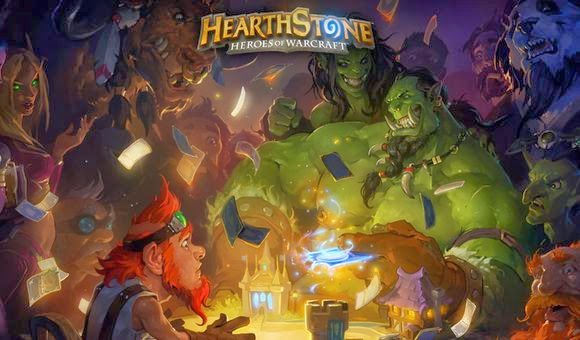 Hearthstone is an online collectible card game put out by Blizzard Entertainment.  It is based off of the World of Warcraft world uses many of the well known NPCs, creatures and abilities from the setting.  It is accessible as free to play through their battle.net set up.

This is my quick review of the game after playing it for a week or two.  I've been reading up on various sites, play advice and reading the forums in various communities about it as well.  Going to simply break it down to the good and bad that I see in it's design or implementation along with some final notes at the end.

Basic set for free almost all right up front.  You start with all the basic 'any class' cards and with the starting cards for the Mage class.  Other classes are earned by beating either the computer in practice mode or by beating other players.  When you beat another class you unlock it and get their starting cards.  Then as you level your class up you unlock the rest of their cards pretty quickly.

Expert expansion set card can be gotten for free with some work.  The expansion or 'expert' cards are also available for free... with some work.  You earn gold in the game through completing missions and beating other players.  Every 100 gold gets you an expert pack.  Of course there is the option of spending real money to buy packs as well.

Great art, card layout and production values.  It's Blizzard so you know the visuals are top notch.  But they've also done a find job on card layout and the general appearance of the design.  Each card also has a 'gold' version that has some animation tossed onto it.

Disenchanting.  You can turn your old or extra cards into dust.  Any number of cards above two are useless, so you disenchant them and then use the dust provided to create the cards that you need.  The rarer the card the more dust it will cost.

More luck than strategy at times.  An early bad draw can really just end the game for you at times.  The other player can build up to quickly, especially if they get a great hand.  I know this is standard for any card game out there but it seems to magnified even more in Hearthstone.  Granted that same luck could lead you to a comeback as well.

Mister Suitcase is alive and well.  The rare, epic and legendary cards usually have more punch to them than most of the common cards.  This leads to the sad fact that he who can buy the most packs has a better chance of making a kick ass deck.  Common cards and common sense still apply in construction but those epics can be the big bullets that drop your opponent into oblivion.

30 card decks and two card limits cut down strategy. This is where the game sort of falls down and it also leads to the first bad point I mentioned.  Small decks and small card limits lead to strategy not really forming up as much as it should.

No trading, probably to make enchanting more useful.  Card trading is not possible.  I assume this is for two reasons.  First it makes it hard for the 'gold seller' types to move in with bots and start selling rares for actual cash.  Second is to make disenchanting more important.  But it would be nice to be able to swap cards with friends.

I still find it a fun game.  There are lots of odd ball card affects and neat ways to pull things off in there.  It's one of the better one on one card games that I've played to be honest.  Although it still doesn't break into my own personal 'holy trinity' of CCG's (Doomtown, Kult, Vampire: The Eternal Struggle).  Some of that is probably my taste in multiplayer games.

Would definitely recommend that people give it a shot.  After all it's free to get into and if you don't want to go all out cash wise you don't have to.
Posted by PeterAmthor at 4:07 PM No comments:

WoW - Back to the old game 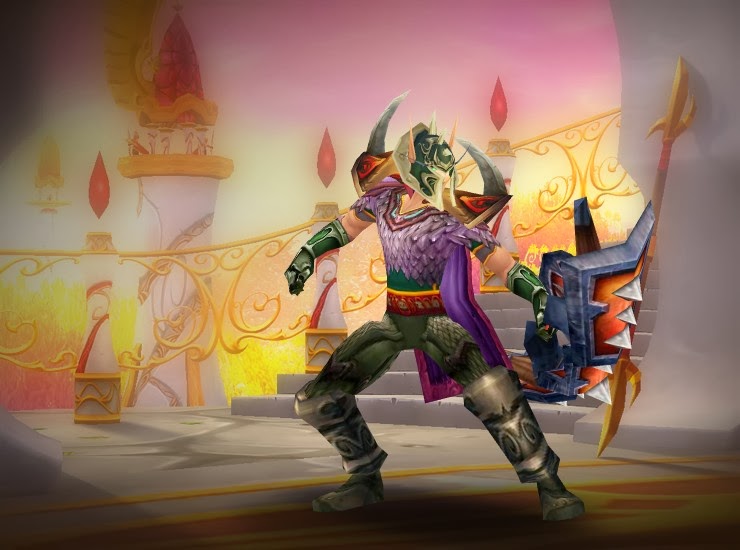 Due to my work schedule, my kids and just life in general I haven't been able to make much time to do any tabletop role-playing lately.  So to give myself a bit of escapism I've fired World of Warcraft back up after about a year and a half away.  Yes I know there are other MMORPGs out there on the market but WoW is the one I know how to play and I already have quite a few characters built up and gold accumulated in their pocketbooks.

Been playing more Horde this time around over on the Misha server.  Doing a lot of battlegrounds again, racking up some honor kills.  If anyone is interested the toon I've been using over there is Leadwood and here is a link to his Armory page:

Probably be putting up some new articles for it as well here soon.  Mixed in with some articles for regular rpgs as well.

Posted by PeterAmthor at 1:11 PM No comments: