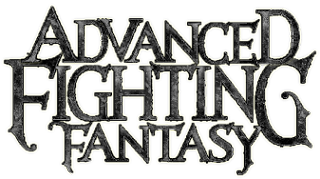 In my upcoming Advanced Fighting Fantasy game I will not be using the world provided in the book (which is called Titan).  Instead I will be using my own setting which has no title.  Hopefully I will be fleshing it out more with some regular blog posts here.  First up is Stones Landing, the city from which the characters will be embarking from for their adventures.

Stones Landing is the first, and so far only, established city along the Blighted Coast of the continent of Anmar. A continent that suffered much devastation in the previous sundering that nearly wiped out world clean. After isolation of nearly a hundred years Captain Abigale Stone dropped anchor in the remains of what was once a mighty sea side fortress forty years ago. The first years were fraught with peril from both a harsh environment and the twisted inhabitants what lived in the surrounding areas. The Bane was not kind to those who lived here before.

But with continued support from the Kingdom of Sil-Tarran there has been a slow claiming of the old keep and the surrounding areas. Clusters of houses, shops, stables and others structures have been erected with much haste and little planning. The result is a ramshackle city that resembles more of a township that simply keeps building on top of itself.

Nearby farmland has been replanted and is slowly providing crops once again. Along with a nearby mine that is giving forth ore after more than a century of silence. But the real bounty that is sought is that which is brought back by the brave few who venture forth into the depths of Anmar. Traveling what is left of the old roads and braving the creatures who lurk there. It has become a dream for adventurers seeking fame and, most importantly, fortune. But for every one who achieves this there are easily ten who have perished.

Some points have been mapped out and areas explored. But even those can warrant many hazards as the twisted remains of the Orc tribes regularly move around like blood hungry nomads. Or the occasional monstrosity created by the Nepentheans during the Sundering will make their way towards the new establishments of men. Entire small villages that have attempted to lay root at some distance from Stones Landing have vanished overnight. Leaving only burnt buildings, blood and the dead behind.

Those who seek to travel beyond the safety of the city can find anything they may need before leaving it's protected walls. Rations, arms and armor, information that may be of dubious worth, even some relics that others have brought back. Of course it's all for a price and coin is what the people who live here are after.
Posted by PeterAmthor at 10:42 PM No comments: