Be A Better Player 17 Stop derailing the game... jackhole 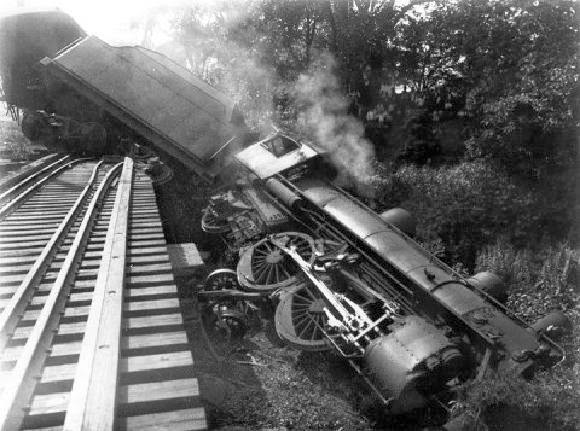 GM - “Alright here is the map that the old man gave you give it a good look over.”

Player 1 - “Oh this looks nice. This covers most of the old city even the part that is partially underground now.”

Player 2 - “Hey did you make this using that program I told you about?”

GM - “Yeah been messing with it quite a bit over the last few days.”

Player 3 - “Looks like you're using it right this map is pretty good.”

Player 2 - “Did you check out that link I sent you last night? Some guy has made up hundreds of maps and put them up on his site for anyone to use.”

GM - “Really? I hadn't checked that out yet, sounds like something I can steal from in the future.”

Player 2 - “Yeah plus he has lots of tutorials on various functions, even a few addons he's done himself.”

GM - “Man I know I could use a tutorial of the reticulating spline set up. I've been banging my head into that a few times.”

Player 2 - “Oh it has several on that. Here fire up your laptop really quick and I'll show you where they are at. Plus his site is a bit of a mess so I can show you how to find stuff quicker.”

It's game night, you're at the table and things are starting to get going. Then something somebody says, usually the GM, catches your attention about something else. So you just have to bring it up at the table right then. Buying wine at the tavern reminds you about some tours the local winery has going. An adventure hook sounds like one for a game you played in three months ago so you need to tell everyone about that game. Oh and that other thing that was said reminds you of that one movie, be sure to point out the resemblance, in detail, and make sure they know what that movie was really about.

This is called 'Derailing'. For the other players involved it really, really sucks. It completely destroys any pacing and mood that had been set up. Plus it interrupts what is going on, what most of the others showed up for in the first place. It's like going up to a person while they are playing a video gaming and standing in front of the television screen while they are trying to play the game. For the folks who are there for only a certain amount of time it becomes increasingly aggravating.

Usually when I'm a player I only have so long at the table. Work is coming the next morning or I have to go home and take care of my kids after a certain time. So spending part of that time listening to you ramble on about a game you played at a con a year ago, complete with dramatic pauses, bad voice imitations and talking slowly, isn't exactly on my 'How I Want To Spend My Time' list. When I'm the GM I'll nip this shit in the bud and tell you to bring it up later and get back to the game.

That being said I've been guilty of doing it before. Along with being guilty of letting it happen. But y'know what? I recognized the problem that I was causing and corrected myself. Please, do the same with yourself.
Posted by PeterAmthor at 9:11 PM 2 comments:

A few months ago I backed the Kickstarter set up by MS Clean LLC for their new clip shaped and sized gun cleaning kits. Meant for use by soldiers and firearm aficionados as it fits into the standard M-16 magazine pouches. I backe...d it at the level where I got the case without the kit... I had another idea for it.

This is my new dice box. More compact and it holds just what I need. Only thing I had to look at for a moment was the fact that standard sized D20's didn't fit, they were just a hair to tall. Eventually I discovered my solution. That D20 you see is from the old Red Box edition of Dungeons and Dragons. So the older size of the die seem to fit just perfectly. Along with a standard and mechanical pencil with a flash drive as well.See More 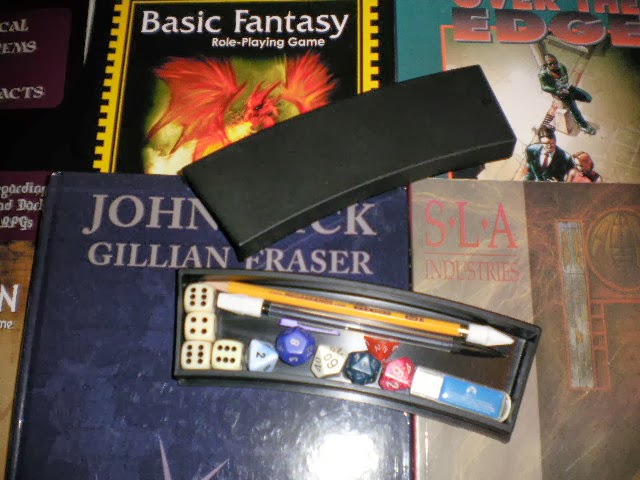 Posted by PeterAmthor at 7:07 PM No comments:

Labels: gaming, Screams from the Outhouse 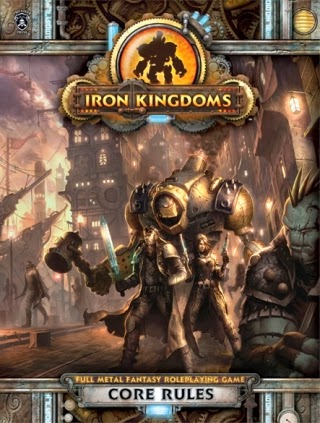 Privateer Press recently released the Iron Kingdoms rpg as a pdf on drivethru and related sites. This was after abandoning their own app designed for distributing the book as an ecopy. However the pricing immediately had some folks stepping back (including myself).

$41.99 for a 362 page book is rather steep when compared to many other games of the same size out there. It's only around ten bucks cheaper than a print copy at that. This breaks down to 11.59 cents per page that you are paying. Outrageous pricing? Well maybe, but lets take a look around.
Looking at other current popular newly released rpgs we'll see Interface Zero coming it a twenty dollars and running at 323 pages. Now this comes up to 6.19 cents per page. Major difference here and IZ is on the top ten sellers list, so maybe the pricing has something to do with that.
Interface Zero 2.0 Full Metal Cyberpunk
Shadowrun fifth edition cruises in even cheaper than this. 489 pages at 19.99. Even more significant of a price drop coming in at a hair over four cents per page. Again it's on the top sellers list as well although I'm sure some of that is from the game being a long running favorite with a large dedicated consumer base.
Shadowrun Fifth Edition Core Rulebook
So with this it really looks like Privateer is pricing themselves way over what others in the market are charging on a per page basis. Or are they? When is the last time you saw a twelve page pdf for a game selling for 48 cents? Or even 72 cents?
Lets go on back to Shadowrun and pull up some of the supporting products. Shadowrun: Firing Line sells at 12 dollars and comes in a 66 pages. This breaks down to 18.18 cents per page, much more expensive than the Iron Kingdoms book on a cost per page breakdown.
Shadowrun Firing Line
The Savage Worlds Science Fiction Companion continues this trend. Clocking in at 14.99 and 96 pages long. This results in the paying 15.61 cents per page. Again the cost per page is higher than Iron Kingdoms and their 'over pricing'.
Savage Worlds Science Fiction Companion
The smaller the size the more the cost seems to grow. Vortex, one of the first books to come out for Numenera has a price tag of 5.99 for 30 pages. This sorts out to a hair short of twenty cents per page. Those must be some good pages.....
Numenera Vortex
So is Privateer Press pricing themselves way to high? Depends on how you look at it. The trend seems to be the core book is sold cheaply and then the price cost per page rockets up on supplemental material where people aren't so keen to notice the costs. Most of this is perspective as people look at four bucks and forty bucks and can tell you which is costs less, they just fail at checking into what they are actually getting per cent in each case. Buyer beware, do your research and all the usual advice before making a purchase. Also never stand down when questioning prices but also don't go dismissing the prices before doing some actual breakdowns on the math.
Posted by PeterAmthor at 12:33 PM 3 comments: